Two chances to show your love.

Hear from Brooklynite and Bronxite storytellers, poets, and baseball historians who have odes to their neighborhoods. Learn about the baseball rivalry that is now the stuff of legend, and how it has impacted Brooklyn-Bronx relations. Discover the connections between people growing up in different parts of New York City at different times.
Rep your borough in open mic sessions. 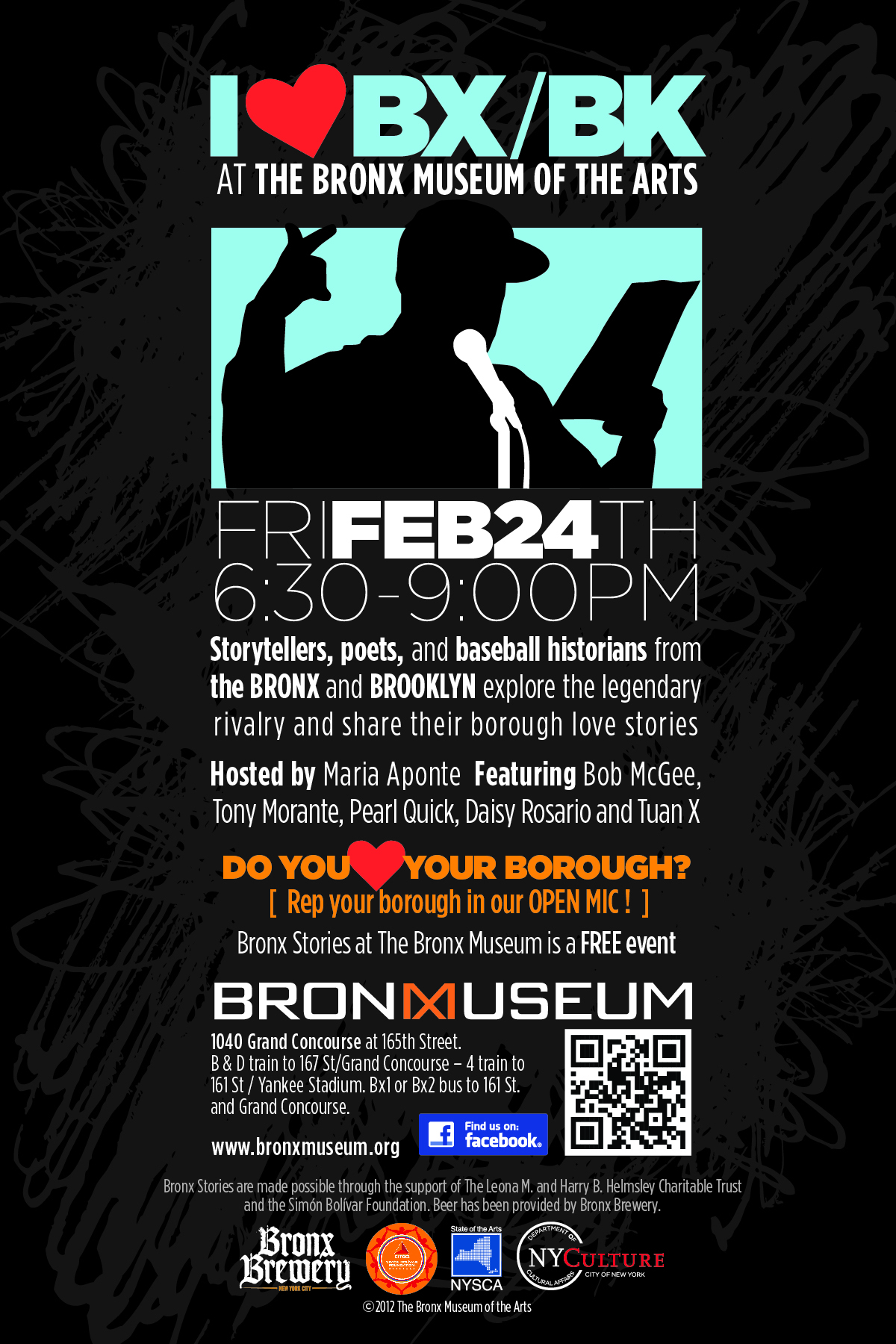